What is Cervical Radiculopathy? Causes and Symptoms 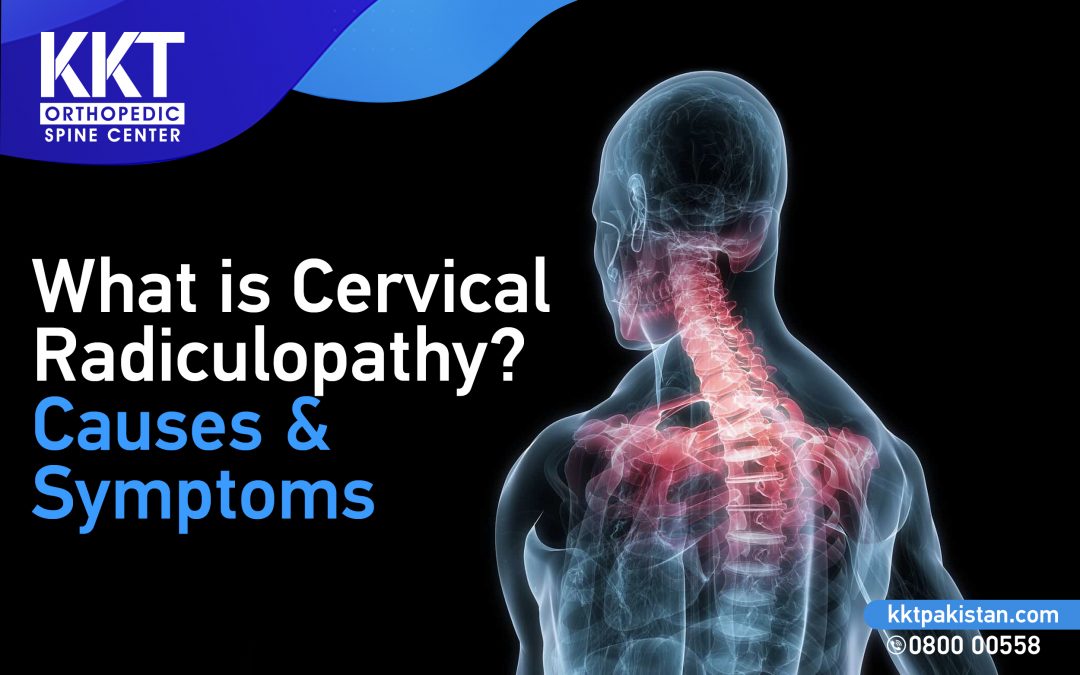 Also known as, Pinched Nerve. It occurs due to compression on any nerve in cervical spine. Damage to the nerve can result in numbness, weakness or even pain radiating down the shoulder to the arm. There are several reasons behind cervical radiculopathy. Degeneration, disc herniation as well as bone spurs can cause pressure on the nerve. Among young people, it can also be caused due to an injury resulting in herniated disc.

Human spine is made up of several bones called vertebra. There are 24 vertebrae in your spine. They create a canal protecting your spinal cord. Our spine is divided into 4 sections called:

However, the seven vertebrae (C1-C7) starting from the base of the skull forming the neck region are make up the cervical spine. Our spine consists of,

There can be multiple reasons behind cervical radiculopathy or pinched nerve, for instance:

Herniated Disc (also known as slipped disc) is when a portion of nucleus is pushed out of annulus fibrosis. It is a result of a tear or crack. This leak-out can inflame the nerve in neck region resulting in cervical radiculopathy. Herniated disc can occur due to an injury or degeneration. Injury is the most common cause of herniated disc in younger people. In an injury, force on the cervical spine causes herniated disc. Slipped disc is also common among adults (middle-aged).

Cervical spine consists of seven vertebrae (C1-C7). This is a condition in which the narrowing of spine takes place in the neck region. This compresses the nerves thus resulting in inflammation. Pinched nerve due to cervical stenosis is known as cervical radiculopathy. This condition is common among people above 50.

When to seek treatment?

For some people the symptoms can get better with time but for others the pain can stay longer. Consult your health care provider in case you feel your pain worsening. Therefore, the treatment procedure highly depends on the symptoms of the patient.

KKT Pakistan offers non-surgical treatment for the victims of spinal ailments, back and neck problems. The Treatment primarily focuses at the root cause of the pain. KKT has 8 operational centers across Pakistan. Cities include Lahore, Karachi, Rawalpindi, Peshawar, Faisalabad, Multan and Hyderabad. In case of any inconvenience, book an appointment with your nearest center.